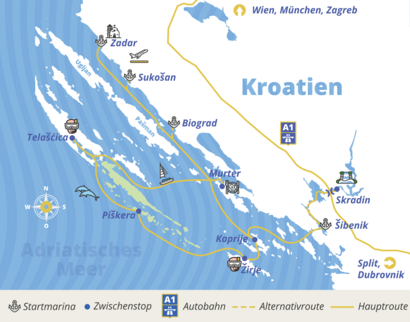 Step onboard one of our yachts and experience an unforgettable trip in the crystal clear waters of the Kornati island national park. Crystalline turquoise waters of the Adriatic, lonesome bays as far as the eye can reach, mellow lukewarm summer winds, lush underwater diving paradise and a regional cuisine to die for - all of this across 89 islands! No surprise, that the island national park of Kornati counts towards the most popular tourist destinations in Croatia.  And now imagine sailing on a yacht through these gorgeous waters for a whole week - truly an immersive and unforgettable experience, so go ahead and book your dream vacation with us now!

Enjoy your personal tailored dream sailing vacation with one of our seasoned skippers and discover the beautiful coast of Croatia and its numerous islands in Kornati national park!

The ancient coastal town of Zadar will not only serve us as a starting point for this route, it is also known for its venetian and roman history that is lies in its old town. Many beautiful and impressive landmarks such as the church of Sveti Donat or the venetian town gates show the diverse history of the town. Hundreds of years of architecture and different styles all around. One of the town’s special sights to see is the sea organ, where incoming waves of the Adriatic Sea sing the lovely and unique songs of the sea.

Relax in the enchanting lonesome bays while gazing upon the dream-like archipelago of Kornati national park. The island Murter, just a short travel from Zadar and even accessible by a short, small bridge from the mainland, is known for its natural beauty and its special olive oil, which was already popular in the Emperor’s Castle in Vienna centuries ago.

Next stop on our route is the island called “Dugi Otok” - literally named “Long Island”.  The island stretches from northwest to southeast nearly up to 30 miles but only 3 miles from one side to the other. On this island you will find the most pristine beach on this route located on the northern part of the island. The western coast is a rugged and sensational coastal cliff, which you can admire from the yacht or from the island. On the southern part of the island is the town of Sali, which is a recommended stop on this route. With a beautiful harbor and a handful of restaurants and bars spread across its quay, really a nice little place to wind down.  Just a few miles away from Sali, the national park Telascica with its famous salt lake “Mir” is another famous landmark for the island of Dugi Otok.

Just as the name of this special route, the Kornati islands and the Kornati island national park, are the highlight of this route. The whole area is an impeccable area for your own recreation and relaxation, far away from all the noise of mass tourism. These islands even have less inhabitants than other croatian islands, what makes for a really tranquil stay. Numerous lonesome bays and a unique landscape surrounded by the famous crystal clear blue water of the Adriatic - the Kornati are truly a paradise on their own. Our recommended stop is the Marina Piskera with its excellent restaurant and a well-organized infrastructure.

Located a few miles inland but still reachable by yacht through cruising upstream from Sibenik through the Krka river. Passing by mussel farms and finally reaching the most beautiful harbor in Croatia - the harbor of Skradin. A known starting point for trips to the national park Krka and its famous waterfalls, the highest reaching more than a hundred feet and 17 levels. Going on a hike in this national park gives you the opportunity to discover the lush flora and fauna, mostly hidden from the know touristic spots. And a sight to behold, but definitely not to oversee, is the Visovac Monastery - built on a small islet on the Krka River.

If you are into snorkeling and diving, the islands of Kaprije and Zirje might be your own personal paradise. Open to discover and offering a plentifully diverse underwater flora and fauna as well as a quaint landscape, both of these islands are luring out the inner explorer in you. Another notable mention is the underwater museum on Zirje, where you can see antique amphorae from the 2nd century AD.

Known for its nightlife, Vodice sports a huge number of Bars and Clubs, where you are invited to party the whole night. The small croatian town makes for a nice balance, since the route is really focused on landscape and natural beauty. Home to the famous Vodicka festa, a famous feast in Vodice once in a year in August, and the CMC festival in June, featuring the most famous Croatian pop stars.

Zadar can be easily reached by car via the nearby A1 motorway from Vienna (6h) / Munich (8h), by bus or by plane (Zadar airport). We are happy to help with the planning! 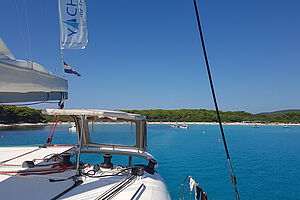 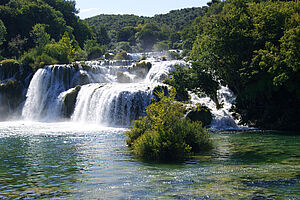 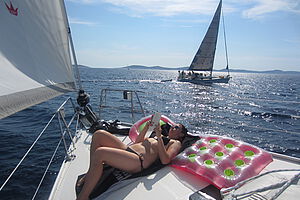 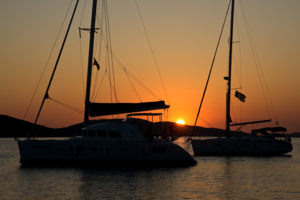 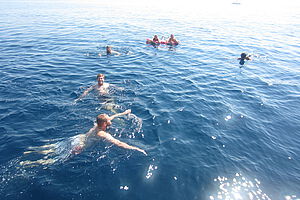